Do you dream many times about having a room full of shoes? Shoe closets are now more popular and celebrities make more of a point to have one, or even more, in their homes. On today’s post, you’ll be able to see some of these cute and elegant closets of your favourite celebrities. Click here to see!

If you’re one of those people who absolutely love any kind of shoes, then you must have a shoe cabinet or two to have everything well organized. However, celebrities don’t settle with just a cabinet, as they’ve many times a specific room to keep their clothes and shoes, which is usually called a walk-in closet. Some people may have just that one pair that they like to use over and over again, but for these famous people, the right number’s over one hundred!

Therefore, today on the EscapeShoes blog, we’ll take a look at some of these famous closets

that truly show the passion that these celebrities have for shoes. But we warn you right now, at the end you’ll be green with envy! 😉 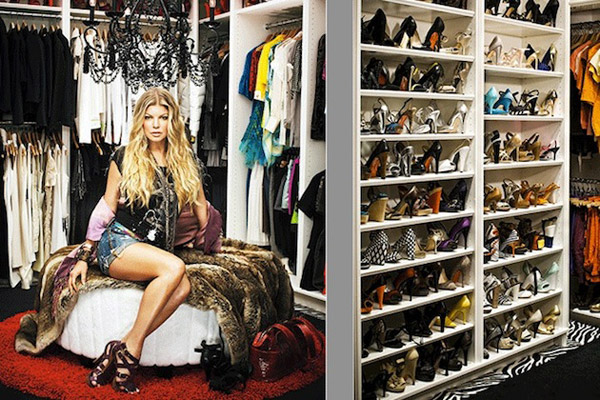 Who’d think that this R&B singer would have so many high heels! When Fergie moved in with her husband Josh Duhamel, she immediately seized the chance to create this fantastic closet. It’s only to keep her clothes and shoes, while Josh has his own wardrobe in the master bedroom. This is why he calls this closet Fergieland! As you can see, it’s all organized by colour and category, and the singer chose to decorate it with black and white tones, complemented with a zebra print. 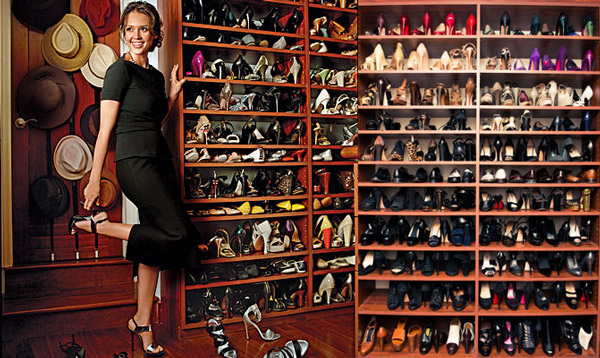 Actress Jessica Alba’s many times considered one of the best dressed in Hollywood and it’s easy to see why after seeing her closet! Like Fergie, the actress organizes her shoes by colour, even though it seems that she’s a preference for black. You’ll also be able to see that she’s a special place to keep her hats, to match them in the most diverse looks. 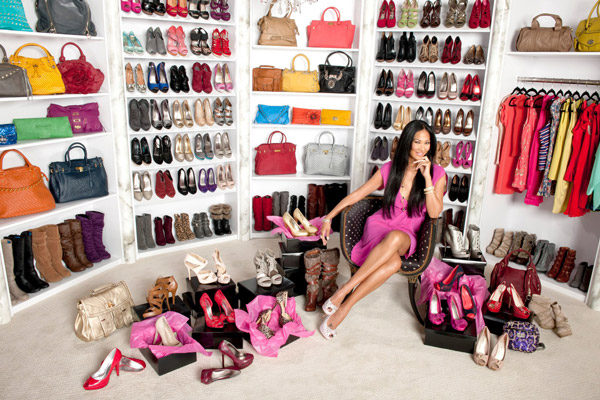 It’s dreamy, isn’t it? Kimora Lee Simmons’ owner of the clothing line Baby Phat and you can really see that she loves everything that’s fashion, including shoes. What you see in the photo is actually just a small part of her closet, since to create it she joined two rooms to have an immense space to keep her clothes, bags, shoes and accessories. Do you want to know a curiosity? Kimora claims that she usually photographs everything that she has in her closet and keeps those photos in her computer so that she can easily combine her outfits. 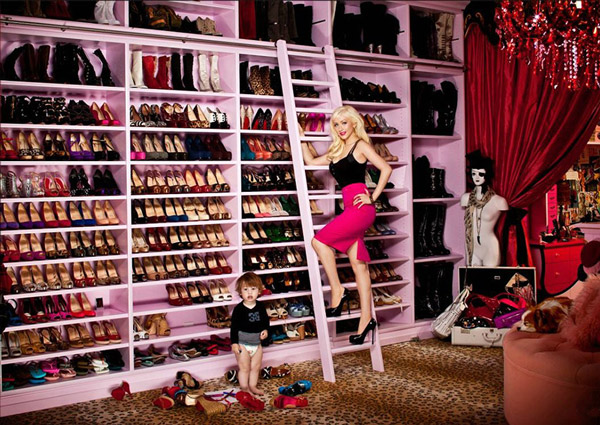 This closet really gives off a burlesque vibe, with its red chandelier and curtain and its leopard printed rug. And Christina Aguilera also cares more about how she organizes her shoes, by grouping them by designer. And she also makes a point of making sure that all her tall boots have enough room in the top shelves. I believe that it’s pretty obvious that Christina really loves her shoes! 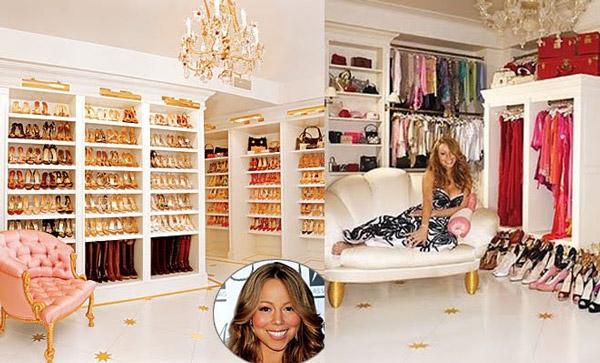 If there’s someone that deserves a diva closet it is singer Mariah Carey, and it seems she already has it. Its white walls and floor with golden details basically scream glamour! However, did you know that even with all this space, it’s not enough to contain all her shoes? As she herself confessed to InStyle fashion magazine, she has about 1000 pairs of shoes, but most of them are in storage. 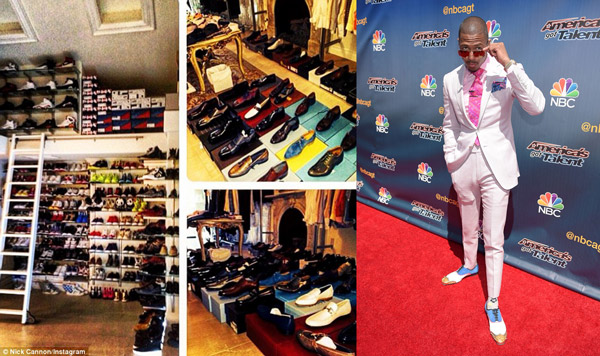 Did you think that only women liked to have colossal closets to keep her clothes and shoes? However, male celebrities don’t fall behind! An example of that, we’ve Nick Cannon, who many times revealed his interest for fashion while presenting America’s Got Talent and on his social networks. It was even on his Twitter account that he showed photos of one of this shoe closets. Yes, I said one! The photos above are from his closet in his Los Angeles home, but he has another one in his home in New York. It’s not surprising that he’s so stylish!

Wouldn’t you like to have one of these closets in your house? Which one is your favourite? Share your opinion with us and pay attention to more fun and interesting posts on the EscapeShoes blog! 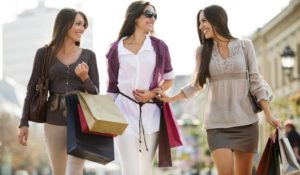